On Tuesday night our Senior Irish Debating team narrowly missed out on a place in the All-Ireland Final of the competition. Over the past few months the boys have dedicated many hours to researching, writing, learning and practicing their debates. There have been a wide range of motions. Round 1 saw the boys debate against the motion that we take good care of our elderly in Ireland. Round 2 we were in favour that 2018 was a brilliant year for Ireland. On to Round 3 in Kilkenny College we were the first team on the floor where we debated in favour of the culture of Ireland being safe in the hands of our young people. Round 4 was our toughest competition yet and we debated against the motion that more harm than good is being done by the improvements in technology! Throughout the competition our boys were commended on their witty rebuttals and content. This experience will benefit the boys immensely as they progress to 6th year. A special word of thanks to both Mrs. McCormack and Mrs. Cody who spent time with the boys fine-tuning their efforts. Bhíomar an-bhródúil as na buachaillí! 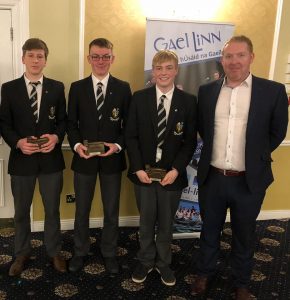 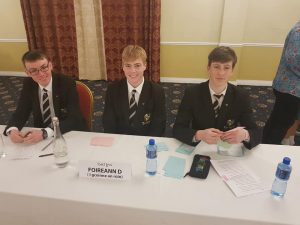