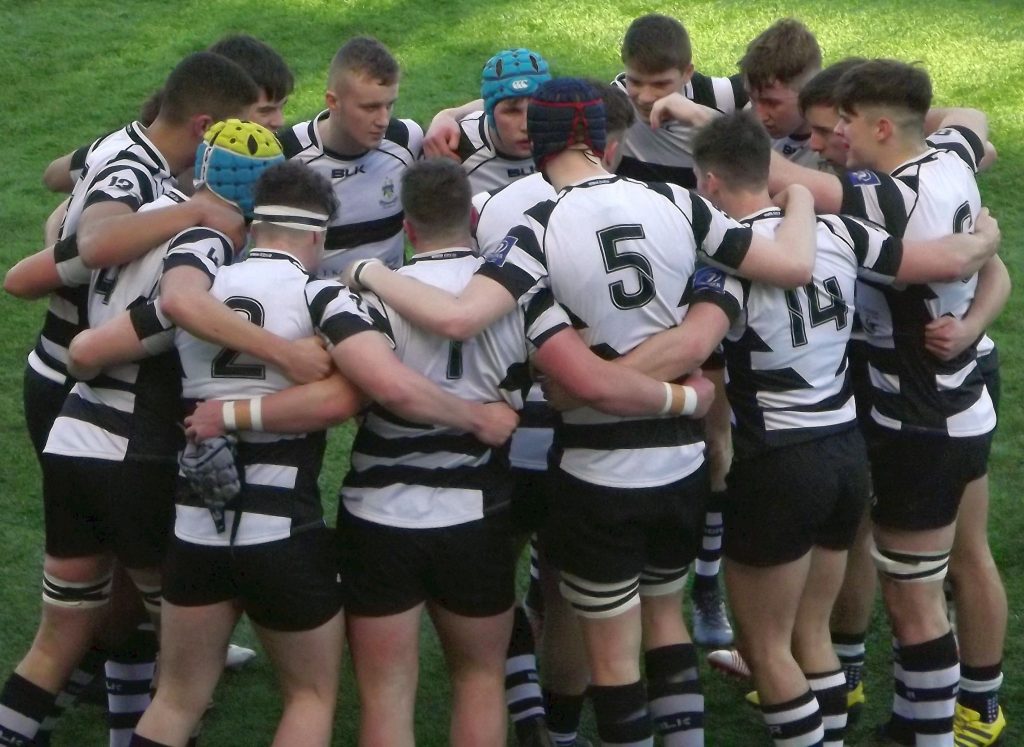 What a thrilling game we had yesterday.

We started strongly but St. Mary’s scored first from a penalty. It was then our turn to take the lead for the only time with a super try in the corner from Jay Culleton. Alas St. Mary’s went over for a try shortly afterwards to retake the lead, some great surges by Captain Michael Milne, fellow prop Josh Wycherly and No. 8 Neal Moylett gave us a lot of confidence and brought us deep into St. Mary’s territory. A penalty from Out Half Billy Foley levelled the match – it was to be the last score of the first half – we had to defend stoutly for most of the latter 15 minutes of the half.

A sense that having defended well against a stiff breeze and not given up a try in the latter part of the first half, gave us confidence that the odds favoured our lads. And they did start the second half with gusto, but a superb counter attack saw St. Mary’s centre Tim McMahon split our defence wide open with an amazing run and score a wonderful individual try. Worse was to come and soon it was 22-8 and things looked bad. And then a penalty near half way gave a chance to go for the corner and a typical forwards’ try ensued with Michael Milne touching down. Game on!

Minutes later, Full Back Tadhg Bird went on a dazzling run comparable to the earlier St. Mary’s one, and just when we wondered should he not pass to his winger outside, he went over for a sensational try. When Billy Foley nailed the touchline conversion (like the one his brother landed on that day of days at the RDS in 2015) the sides were level.

Alas, St. Mary’s were not finished and their left winger Eoin Carey scored two tries in the same corner to leave it 32-22. By then we were heading for 70 minutes but the never say die attitude of our lads saw them force another try (Milne again) with the last move of the match to leave the final score: St. Mary’s 32 CCR 29.

We can be so proud of this team – they gave it their all and gave us a thrilling game of rugby. Congratulations to our team for their leadership, discipline, courage and sportsmanship.

To the team we say we are very proud of you, your coaches and your supporters.

You are fine sporting young men and wonderful role models for all of the school.

It wasn’t your day but you can hold your heads up high.